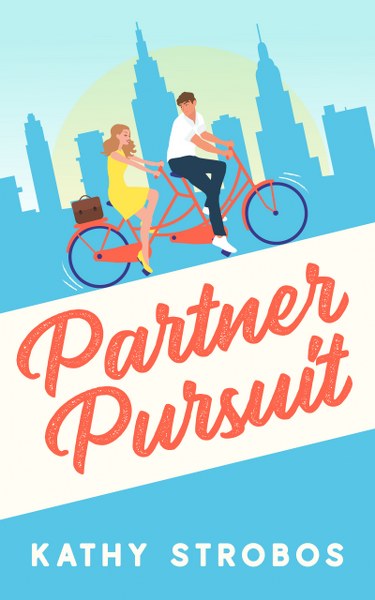 When a workaholic lawyer meets a fun-loving music marketing executive for opposites attract, friends-to-lovers adventures, which partnership will she choose?

Workaholic lawyer Audrey Willems is not going to take any chances with her bid to become a partner at her New York law firm—especially with only six months until the decision.

Until she bumps into Jake—her new neighbor. Jake is a fun-loving music marketing executive who might just be The One.

But Jake will never date a woman married to her job. His father was a workaholic lawyer who never had time for family.

And she’s just got the case of a lifetime—the one she needs to win to make partner. Working 24/7 at the office may not even be enough hours to pull off a victory.

If only she had not met him now.

Audrey is determined to prove that she can juggle work and romance—even if managing court cases, candlelit dinners, and bike rides around Manhattan is a lot harder than it looks. She keeps canceling dates for yet another case crisis.

But when making partner is like a game of musical chairs and the last seat is a business-class alone, which partnership will she choose? 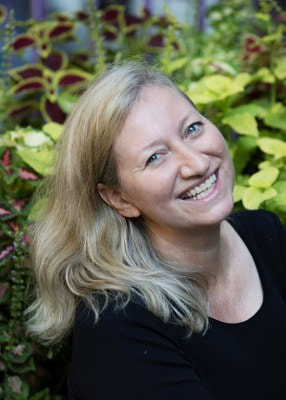 Kathy Strobos is a writer living in New York City with her husband and two children, amid a growing

collection of books, toys and dollhouses. She grew up in New York City and graduated from

Stuyvesant High School, Harvard-Radcliffe University and Columbia Law School. She previously worked as a lawyer. She left law to pursue her dream of writing fiction full-time and getting in shape. She is still working on getting in shape.

How did you become an author?

I’ve always wanted to be a writer.

But after college, I worked in New York City government, for a New York City Council Member, helping constituents, and then I went to law school and became a lawyer. I worked for a large NY law firm. One of the reasons I became a litigator was because I liked writing briefs.

After I watched a really bad romantic comedy one night, I thought I could write a better one. And so, I started writing one at night. I then took a lot of writing courses. My first writing course was the Penguin Writer’s Academy “Constructing a Novel” course, and my teacher said the exchange between Audrey and Eve (two characters in Partner Pursuit) was “sparky.” That made my month. I realized I could actually write commercial fiction—and not just legal briefs and compliance policies.

What is something unique/quirky about you?

I like to create dollhouse miniatures and set up scenes in my dollhouses.

Where were you born/where did you grow up?

I am a born and bred New Yorker.

How do you find time to write as a parent?

I let my children use their computers. I do have some guilt about that. I also set up play dates. And I try to find them books to read. That’s the best. It’s guilt-free for me, and they can be totally absorbed for about 5 hours. I should probably thank Rick Riordan in my acknowledgements for occupying my children and giving me time to write.

What do you do to unwind and relax?

I hang out with my family, talk to friends, read, listen to music, or watch movies or TV. I am also trying to work out more; I have a stationary bike and I watch Korean dramas or other TV shows, and if it ends on a cliffhanger, that’s usually enough incentive to get back on the bike the next day. I sometimes make miniatures. During the summer, I go to the beach and go swimming in the ocean. If I really need to relax, I take a bath with bath bombs.

Do you have a favorite movie?

HOW TO LOSE A GUY IN 10 DAYS is one of my favorite movies.

Here are some of my other favorite romantic comedies: https://kathystrobos.com/favorite-romantic-comedies/

Which of your novels can you imagine made in a movie?

This novel, Partner Pursuit. I’m writing my third novel now, and I could imagine that as a movie.

As a writer, what would you choose as your mascot/spirit animal?

I’m afraid, as a writer, my spirit animal would be Cookie Monster. But I’m trying to eat less cookies and M&Ms as I write.

What inspired you to write this book?

I found it very hard to have any work/life balance when I was a lawyer at a law firm, so that inspired this in part. But I did make a lot of great friends at the office, so I also wanted to convey those friendships.

Can you tell us a little bit about the characters in Partner Pursuit?

Audrey is a workaholic lawyer. She is trying to make partner—with only six months until the decision. She’s torn because she’s stressed by working so much, but she also loves being a lawyer and the analytical thrills. And then she meets Jake.

Jake is a fun-loving music marketing executive. He definitely doesn’t want to date a workaholic lawyer—because his dad was one, and his dad often put work before family. I made him a music marketing executive because when I became in-house counsel, I worked for the parent company of a music company, among other things. When I would ride up in the elevator in the morning, other people would talk about how they’d been late the night before at a concert. I thought, “wow, that’s so different than my life writing a brief or compliance policy until late at night.”

How did you come up with the title of the book?

Finding a title was hard. I put down all the various concepts on a huge piece of paper, and I played around with them. I had so many different titles. I liked Partner Pursuit because she’s trying to become a partner at her firm and find a life partner. And I liked the alliteration.

At one writers’ conference, they said they didn’t like the title Partner Pursuit, so my son (I think he was 7) suggested “Only One”—because only one person making partner and she thought Jake was “the one.” I liked that too. But then, they said it should be “The Only One,” so for a while it was called “The Only One.” But in the end, I liked Partner Pursuit better.

What did you enjoy most about writing this book?

When I write a good scene, I get a really happy feeling. I love writing banter like when she’s chatting with her friends about whether Jake likes her.

I was also really happy when I thought of the scene where she and Jake are battle the water bug. I had a romantic date with my now-husband when we first started dating; we were eating dinner, by my balcony in my apartment, and all of a sudden, there was a flying water bug! I’d never even seen one fly before. We got out the vacuum cleaner and were trying to vacuum it up. We couldn’t find it, and then my husband saw its antennas peeking out from a shelf on the bookcase.

I also enjoyed sharing my love for New York City.

Convince us why you think your book is a must read:

It has opposites attract, friends to lovers, witty banter, a real sense of what it’s like to live in New York City, an engaging cast of characters, a rollercoaster plot, and a heartwarming romance. It also provides examples of how to ally with colleagues to succeed at work.

Have you written any other books that are not published?

I’ve written two more books that I hope to publish over the coming year: Is This For Real? and Caper Crush.

Who designed your book covers?

Cover Ever After. I love my covers! She is an amazing cover designer.

Do you have any advice to offer for new authors?

Take writing classes. I have learned so much from writing classes, and it helps to add all these tools to your writing toolbox so that you can fall back on them when you’re stuck.

I also recommend joining writers’ associations like the WFWA and the RNA. There are also so many great writers’ and readers’ groups on Facebook.

Read in your genre.

There are also so many writing books I recommend, but here are a few:

The Emotional Craft of Fiction by Donald Maas

Save the Cat by Blake Snyder

Scene and Structure by Jack Bickham

Techniques of the Selling Writer by Dwight Swain

Do you prefer to write in silence or with noise?

I prefer to write while listening to music. I have various Spotify writing playlists.

Do you read yourself and if so, what is your favorite genre?

I love reading romantic comedy. My favorite author is Sophie Kinsella. She makes me laugh out loud. But I also read women’s fiction.

They don’t all come to me at the same time. Some appear as I write. I also sometimes have to sit down and interview a specific character to really get a feel for them.

Pen or Typewriter or Computer?

Mostly I write on my computer, but I also sometimes write scenes by pen. And when I am revising, I print out the pages and revise with a pen.

Do you write one book at a time or do you have several going at a time?

I write one book at a time, but if a plot idea comes to me for another book, I write that down. This year, I was taking a Gotham screenwriting class and we had to write an outline for the class, so I was working on that outline for a different book/possible screenplay while writing my third book Caper Crush.

What is your writing process?

I started out as a pantser, and I’m still mostly a pantser, but I recently tried this eight-sequence outlining process I learned in the Gotham screenwriting class, so maybe I will try that for future books. We’ll see how it works once I try to write that book. 😊

After I write my first really rough draft, I find that a lot more scenes and conversations come to me, and I weave those in. That’s one of my favorite parts, when things start clicking into place. I also create an outline as I write so I can see the character arc and the stakes.

How long on average does it take you to write a book?

I think it takes me a year to eighteen months. I wish I could write faster, but I am getting faster. It took me about six months to write the first very rough draft of my third novel. And then I print it out and read it over and write another draft, adding more scenes and description. After a few rounds of that, it goes to editors and critique partners. That takes awhile too. But it’s also good to have that time away from my MS.

Always in the mood for reading.