A catering job has come in for Daisy’s Tea Garden in Pennsylvania’s Amish country—but death will be served before dessert . . .

Margaret Vaughn has hired Daisy to provide afternoon tea for her theater group. A local girl who left long ago for an acting career in New York, Margaret has returned home—with a multimillionaire husband in tow. But while Daisy bustles around Margaret’s historic farmhouse, she senses that there’s tension behind the scenes. Then she discovers the hostess on the floor of the pantry—dead and covered with clotted cream.

Barely recovered from her previous sleuthing adventure, Daisy joins forces with the former detective she’s been dating to help solve the case. Should she cast suspicion on the stars of the upcoming play? Can Margaret’s sister shine a spotlight on potential culprits? Or are there clues to be found in the victim’s past? With plenty of family stress of her own to deal with, all Daisy knows is she better act fast . . .

In the 5th installment of the Daisy’s Tea Garden series by Karen Rose Smith, Daisy is asked to cater an afternoon tea given by a former New York City actress, Margaret Vaughn, at her historic farmhouse. The perfect setting for murder and mayhem But Daisy is on the caes to solve another case with a little help from her fried. This is a well written fun book -perfect for an afternoon read and a cup of tea. Lisa

New York Times bestselling author Brenda Jackson brings you a brand-new story in the Forged of Steele series. Perfect for fans of the popular Westmoreland series and readers of passionate contemporary romances!

This Steele man is always in the driver’s seat…
But is this playboy ready for the wildest ride of his life?

Agreeing a PR stunt would be good for business, trucking CEO Gannon Steele invites reporter Delphine Ryland to hitch a ride cross-country. Soon, he’s keeping his eyes on his sexy passenger instead of on the destination ahead, and when the trip turns from strictly business to strictly pleasure, the consequences might be more than this rough-and-ready bachelor can handle…

A FORGED OF STEELE NOVEL

Don’t miss Mercury Steele’s story in:
Seduced by a Steele

From Harlequin Desire: Luxury, scandal, desire—welcome to the lives of the American elite.

Brenda Jackson has done it again with another amazing book in this series. I am sorry to say this is the final story of the Steele’s of Phoenix. I have loved each story about the 6 brothers. and sorry to see this series end. The plot was very well written as usual and I thoroughly enjoyed it. If you haven’t read this series do – I recommend it highly. Lisa

Cass Donovan is reminded that you can’t believe everything you hear, especially when it comes from the dead . . .

When stories begin circulating of a centuries-old ghost haunting the Bay Island lighthouse, Cass is caught up in mystical happenings of her own, with countless voices from the beyond all clamoring for her attention with dire warnings. But before she has a chance to learn whether there’s a connection between the rumored ghost and her restless visitors, the lighthouse keeper mysteriously falls to his death, and Cass’s reputation for communing with the dead lands her right in the middle of the police investigation.

Cass knows the victim was no saint, as he made little effort to hide his philandering ways from his wife or anyone else, and often acted out with no thought for the feelings of others. But had he finally gone too far, or were there more menacing motives behind his murder? As Cass begins building a list of suspects, including the man’s supposedly grieving wife and a mysterious new woman in town, she also turns her ear to those otherworldly voices, hoping for a clue. And as she begins to close in on the culprit, she realizes too late that if she’s not careful, she’ll soon be communicating with the dead in person . . .

“The future shows much success for this series! Fun, vibrant characters (as well as a sexy smolder or two for good measure) give the novel just the right tone.” —RT Book Reviews on Death at First Sight

“I loved the protagonist, Cass. She and her friends were very well developed, and felt like a group of people I’d like to get to know.” —The Book’s the Thing

“I stayed up far too late into the evening because I couldn’t put it down. A well-crafted mystery with a quirky cast of characters, and plenty of twists and turns to keep you guessing to the end.” —The Mysterious Ink Spot on Death at First Sight

Lena grew up in a small town on the south shore of eastern Long Island. She recently relocated to Clermont, Florida, with her husband, three kids, son-in-law, and four dogs. Her hobbies include spending time with family, reading, jigsaw puzzles, and walking. Her love for writing developed when her youngest son was born and didn’t sleep through the night. She works full-time as a writer and freelance editor and is a member of Sisters in Crime.

Grave Consequences is a fun read. I quickly got caught up in the storyline and the characters. This cozy mystery has plenty of intrigue and a bit of humor to keep you turning the pages . Perfect afternoon read … Lisa

Taste the chocolatey goodness of Mississippi Mud or marvel at the extravagant elegance of the Lady Baltimore and there will be no doubt that Southerners know how to bake a cake. Here are 65 recipes for some of the most delicious ever. Jam cakes and jelly rolls; humble pear bread and peanut cake; whole chapters on both chocolate and coconut cakes, each moist and delicious forkful represents the spirit of the South. A Baking 101 section offers the cake basics, some finishing touches (that means frosting and lots of it!), and the how-to’s of storing each lovely concoction so that the last slice tastes as fresh and delightful as the first.

Great regional recipes can be found in McDermott’s cookbook . A good introduction to the glorious, icing-rich world of Southern cakes.Do you have a favorite ? Mine’s Hummingbird cake. Yum

Rhis Wednesday we are at Letter S…..

A ticked-off judge has tossed Abby in the slammer for contempt of court, and during her brief but unpleasant stay she learns the story of a condemned woman who is facing a far more serious sentence. Skylar Miller has been found guilty of murder and faces the death penalty. Everyone believes she’s guilty, including her own family and her ex-husband—everyone, that is, except Abby, whose finely honed intuition tells her this woman doesn’t belong behind bars.

With the help of her husband Dutch and her friend Candice, Abby launches into her own investigation to clear Skylar and find the real killer. But after a final appeal is denied and Skylar’s attorney scrambles for a stay of execution, time is running short—and the list of suspects keeps growing. There’s no margin for error as the life of an innocent woman hangs in the balance…

Book 13 -The mystery is interesting and exciting, the subtle touches with Abby’s dogs are moving, and the resolution is satisfying. Abby is becoming even more of as spitfire, really coming into her own as an investigator and a fully realized character. I wholeheartedly recommend this series, especially this book. I enjoyed every page and it kept me on the edge of my seat. Check it out at the Library …. Lisa 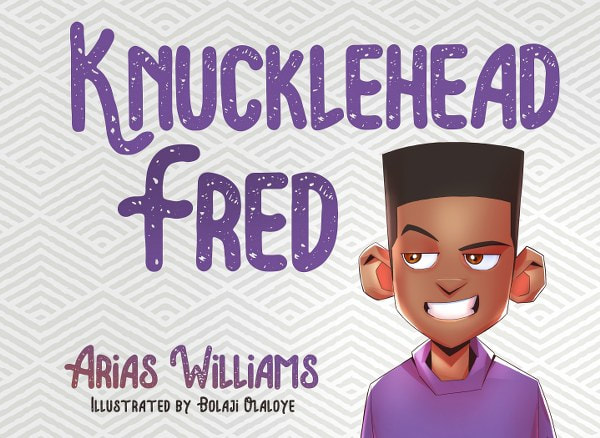 Knucklehead Fred is a whimsical, rhyming story about a fun-loving, energetic boy named Fred.
His parents just can’t figure out how to make him sit still and listen!
But when Fred finds himself in need of a favor, Mom and Dad use it as a perfect opportunity to teach him a thing or two about responsibility.
Add to Goodreads
Amazon * B&N 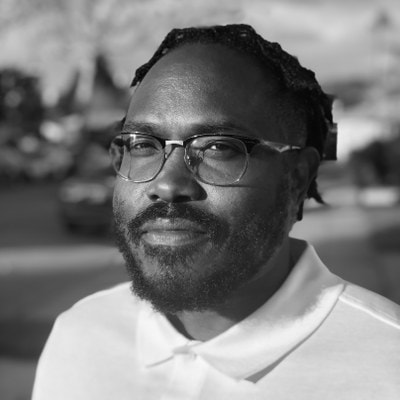 Arias Williams is a creative based in Los Angeles, CA.
He is a father of two children, a husband, and currently teaches 7th Grade in South Los Angeles.
When he isn’t working on Knucklehead Fred, Arias can be found in his home studio making beats, hanging with his family, or working to educate the future of Los Angeles.
Facebook * Instagram * Goodreads

Using less money and products to live a more sustainable life in the city.